I have been a listener of Peter McCormack's What Bitcoin Did for some time. His podcasts stands out in a plethora of similar ones by high production value, low bullshit tolerance, and Peter's exceptional talent for getting interesting guests on.

I was delighted when I heard about his second podcast, Defiance, which he released last year in an episode with fellow bitcoiner and human rights activist Alex Gladstein. This movement where cryptocurrency, human rights, alternative news from independent journalists is not only enlightening, but also very welcome in a world where traditional media seems to sink deeper than we thought was imaginable.

It was quite exciting then, that Defiance hired British investigative journalist Tom Pattinson to make a series on Ghislaine Maxwell. The series was announced in the aftermath of Ms Maxwell's long awaited arrest in 2020, and has at the time of writing aired 4 episodes.

Ghislaine as a character is impossible to understand in a vacuum. She is extremely shadowy, and even our best law enforcement agencies have trouble pinning her down. We lack a framework of understanding people like her, so the best media can do to describe her is as "a socialite with ties to pedophile millionaire Jeffrey Epstein".

The series introduces Ghislaine as the daughter and favorite child of her towering father, Robert Maxwell. The first two episodes gives a good summary of Robert's life. It's been almost 30 years since his death, and we're able to uncover much of his dealings at this time. He was dealing with various intelligence agencies, including Mossad, MI6, and the KGB, but was perhaps too selfish to be a reliable agent. His media companies were at times powerful, but didn't make much money. He was disgraced before he died by stealing hundreds of millions of pounds from his employees' pension fund. The podcast further reveals he was in on a scheme to steal loads from money from the Bulgarian state. Some of the money was returned, and it seems likely some of it made its way to Epstein through Ghislaine.

The 3rd and 4th episodes makes a good attempt at making sense of Epstein's rise to riches. It doesn't really succeed in getting a satisfactory answer for a skeptical listener. Just like all truth diggers before him, Tom Pattinson is not able to dig up any substantial evidence of exactly how Epstein got his money. Or more importantly, who he got it from.

The investigation does, however, bring up many clues and unconnected dots. Illegal arms trading, money laundering, Adnan Khashoggi, Israel, the Iran Contra scandal, the Al-Yamamah scandal, and even (surprise, surprise) ... president Clinton – these are all topics brought up during Pattington's investigation. Whitney Webb and others have also encountered all of these topics when uncovering the many layers of the Epstein case.

He does recorded interviews with Ari Ben-Menashe and Steven Hoffenberg, who both have made recorded interviews before with people such as Zev Shalev over at Narativ. These witnesses are not considered very reliable. Both may very well have their own reasons to lie and twist the facts. This investigation also heard with several of Hoffenberg's former associates, none of whom could confirm any of his claims.

One of Hoffenberg's former associates is Julian Leese, the son of defense industry magnate and international man of mystery Douglas Leese. The 4th episode of this series does an exclusive on-record interview with Julian. This is interesting indeed, as he tells of his friendship from the time young Jeffrey Epstein visited his family outside London to learn about the British upper-class life. Julian taught Jeffrey how to shoot a hunting rifle, and Epstein taught young Julian about maths, and probably how to pick up girls. Douglas Leese in taught Epstein about how to live like an aristocrat, and possibly about shady dealings with corrupt regimes. 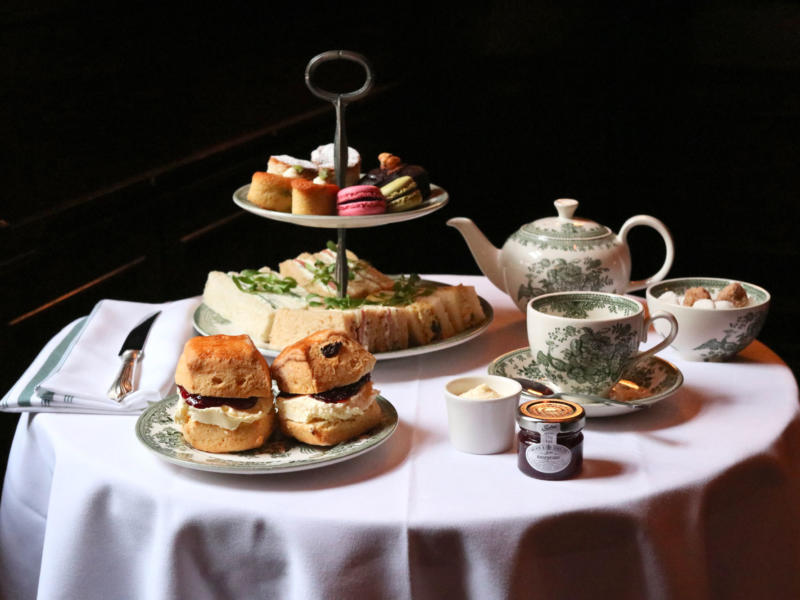 Jeffrey Epstein never drank or smoked, but he enjoyed tea. A taste he may have acquired from upper class British families like the Leese's.

Leese describes Epstein as very charming, very bright, very ambitious, and very interested in sex. He does not excuse any of Epstein's acts, but claims to be completely unknowing of any illegalities from either Epstein, himself, or his father Douglas Leese. He further describes Epstein as a tragic character in his later years, after he got arrested in 2008, and that his suicide was not surprising.

Julian Leese says the reason he did the interview was to clear the Leese name from what he called nonsense internet discussions and slander from a confused Hoffenberg. Julian, like anybody else in this story, in all likelihood has an agenda of his own. In addition to interesting stories from one of Epstein's oldest friends, his statements do possibly provide some more background into Epstein's dealings with Hoffenberg and Towers Financial. As well as an almost chilling remark saying something about Ghislaine making the otherwise self-assured Epstein unusually meek.

Julian's brother, Nick, has an entry in Epstein's black book at page 75. He has several contact entries, and so seems to have been thought useful by Epstein in the 2000s.

After being taken into the warmth by the Leese family, Epstein did ruin his relationship with Douglas Leese by going on a spending spree with his expense account. Flying on Concorde Jets and booking 5 star hotels was what Epstein did with other people's money before he got hold on his own. This behaviour seems to be a pattern for Epstein. Befriending powerful people before ruining their relationship and moving on. This does strengthen the theory that Epstein was completely amoral, saw relationships as merely transactional, and was extremely charming.

The Defiance podcast series on Ghislaine Maxwell does some really good work. Both by summarizing and confirming facts and rumors that were already out there. And by getting some new information such as Julian Leese's interview.

Sadly, none of this really paints a clear picture of exactly who Epstein was. Did he really control politicians? Was he just used by Ghislaine, who is the real puppetmaster?

If we ever figure this out, I'm pretty sure it will come from renegade reporters like at Defiance, or by gadfly insiders long before the story gets the stamp of approval from the mainstream media. I can absolutely recommend the Ghislaine series from Defiance. It's a much needed serious investigation of a topic most journalists are not willing to take too seriously. Be warned that the first episodes are more of an introduction to Epstein through the Maxwells, rather than about Ghislaine Maxwell alone. This only strengthen the series in my opinion. The team behind the podcast did not expect the rabbit hole to go this deep when first starting investigating Ghislaine, so I'm thankful they take the time to do original research on the Epstein case.

On epsteinsblackbook.com's own conspirometer score, this podcast falls in the golden middle. If you're a trusting naive mainstream media slave, you'll think the podcast is too wacky. If something criminal happened, why hasn't the FBI been notified? If you're a chemtrail-fearing tinfoil hat-wearing doomsday prepper, you'll think it's just another illuminiati mind control plot.

Due to the high production value, thorough fact checking, and interesting interviews, the overall score of this podcast is a rock solid five stars.

See info and listen to the podcast at Defiance.news.